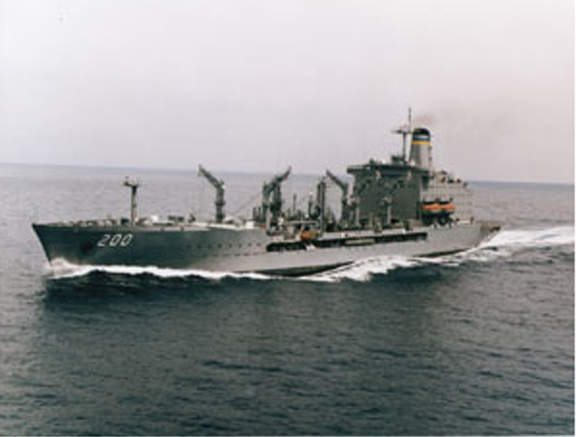 Following the attack on the United States on September 11th 2001, Alan finished up pending cases, including the death penalty case of People v. Ronald Eugene Reeve, and joined Military Sealift Command as a Merchant Marine. Alan volunteered for deployment to the Persian Gulf and was assigned to serve aboard the Navy’s 678-foot fleet oiler, USNS Guadalupe T-AO 200.

The “Guad” was just beginning her dramatic new role in March 2003 when she was re-deployed to the Fifth Fleet theatre of operations to support Operation Iraqi Freedom. The “Guad” conducted underway replenishment (“un-reps” and “vert-reps”) of US warships and submarines and coalition warships in the Red Sea. 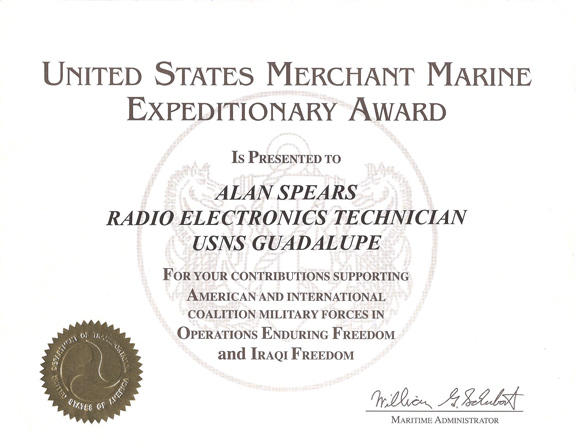 Alan served as a Radio Electronics Technician 2nd Class, a role in which he manned secure communications, including STUIII, NIPRNET, SIPRNET, Red Phone, B.E.S.T., CUDIXS, and Whiskey 3. He was responsible for security and inventory activities of Top Secret material., and monitored, recorded and logged IOCC and IACC broadcasts during the commencement and initial stages of Operation Iraqi Freedom.

There is nothing particularly remarkable about Alan’s devotion to American ideals and his willingness to deploy -- other than the fact that when he flew to the Persian Gulf to meet the “Guad” he was fifty-four years old! Alan is a licensed Merchant Marine Officer.